So I get there and Blue is into this table game Mississippi Stud, and teaches me how to play.  I lost my ass, but I was HOOKED.  I downloaded a Mississippi Stud app on the iPad machine, and was up all night Sunday deciding whether to triple up the odds on 3d, 4th and 5th street.  Since that abortion on Saturday night, I have played thousands of hands on the computer, and have figured out EXACTLY where I went wrong, and how I will defeat this motherfucker in the future, and by the future I mean in a week and a half when SeaDick, Irish Jesus, Mongo, Kool, Keckie, and allegedly Captain and Butthead, descend on Vegas.  So herein I give myself away, I give myself away, and describe how you too will defeat Mississippi Stud, like I will, in a week and a half in Vegas. END_OF_DOCUMENT_TOKEN_TO_BE_REPLACED

Discover perfection with these Miura CB-2008 forged irons. This set of irons is paired with #AeroTechGolf SteelFiber i80 Taper shafts, and #GolfPride CP2 Jumbo grips. #MiuraGolf

It’s that time of year in the golf world where you start assessing your game to try to figure out why you didn’t get your index down from a 13 to a 2.  Can’t be due to ability right?  Has to be the clubs.  Accordingly, both Mango and I got some new irons.  I got the new Ping G400s, which, while taking a little while to get used to, I like a lot.  Mango got these sweet looking beasts at Club Champion.  And when I say “these” I literally mean the ones in the picture.  Club Champion is advertising with Mango’s actual irons.  Seems like they should have given him a discount or something, just sayin.

It’s Labor Day and I hope all you working stiffs are getting a little rest, spending time with your family, eating some BBQ and drinking a few of your favorite adult beverages. To celebrate the day, here’s a Labor Day playlist from Spargs. About the only thing missing is Dirty Work by Steely Dan. 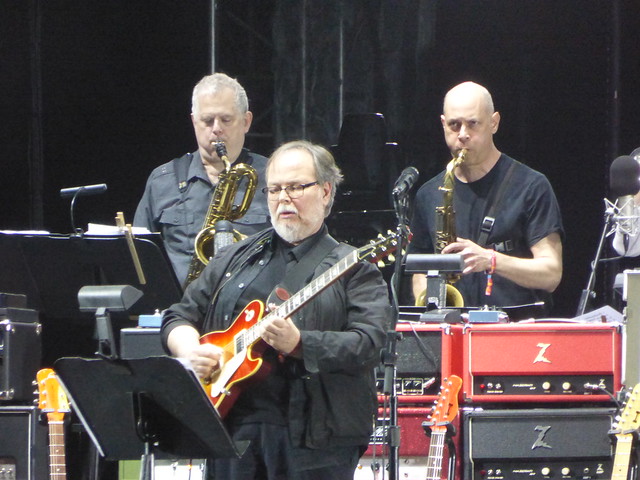 As I am sure most of you know, Walter Becker, one half of Steely Dan, passed away on September 3, 2017.  He was 67.  Here is a Rolling Stone article on his passing.  Because ranking things is one of our favorite things here at the Monkey, without further ado, here are the top 10 Steely Dan songs of all time.  There can be no argument (and yes Pipes they are ranked, not listed). END_OF_DOCUMENT_TOKEN_TO_BE_REPLACED

Without further ado, here’s the set list.  Per usual, the song titles are links to the songs on Apple Music. END_OF_DOCUMENT_TOKEN_TO_BE_REPLACED

That’s right, it’s been awhile, but SeaDick is back in the blogging game.  I know what you are sayin — “who gives a shit?”  But as with most things with this blog, its not about you dear readers, it’s about me.  (Well, me and Pipes, as he does have a hankering for the blogging as well.)  Now I know that you are also saying, “enough of the blah, blah, blah, if you are going to blog then at least entertain us.”  Fair enough, premier blogs coming in 3 . .  . 2 . . .1.

If you are a music geek like me, then you probably hit SetList.fm both before you go to a concert and afterwards so that you can see the set list for the performer you are going to see or make sure you remember what you heard, especially if you manage the double C&D work around to perfection and parts of the evening get a little hazy.  So here is the set list for Frank from Friday.  Good info, but pretty boring right?  Not to mention that I had to correct it because the asshat who posted it the first time forgot a fooking song.  How can you forget a fooking song?  Time to do it right.  I decided to record a short video clip of each of the songs performed.  The full SeaDick Set List is below, enjoy.  (Song titles are links to the songs in iTunes.) END_OF_DOCUMENT_TOKEN_TO_BE_REPLACED