Indiana is shaping up to be a key state in the Republican primary this year.  Trump can pretty much finish off Lyin’ Ted Cruz next Tuesday with a win in Indiana, so both candidates are hitting Indiana hard this week.  Trump is coming to Indiana today to receive the endorsement of Bobby Knight, which is an absolutely brilliant move because the dumbest people in Indiana are IU fans and graduates, and therefore likely Trump supporters. Meanwhile, the idiot Lyin’ Ted Cruz totally blew it yesterday trying to pander to Indiana’s love of basketball and the movie Hoosiers.

Cruz held a campaign event yesterday at the gym in Knightstown, Indiana where the movie Hoosiers was filmed, which was stupid to begin with because that gym holds like, what, 20 people?  Well, whatever, he was obviously trying to play to everyone’s nostalgia for Indiana basketball and the movie Hoosiers, which is definitely a real thing.  My dad thought the VCR was invented so he could watch Hoosiers every Sunday afternoon, and that’s not a lie.  Well, the part about him watching Hoosiers every Sunday isn’t a lie, anyway.

So during the rally Cruz had one of his dork assistants measure the height of the rim for the crowd of dozens.  Cruz then declares “The amazing thing is, that basketball RING in Indiana, it’s the same height as it is in New York City and every other place in this country.”  Huh?

First off, he called the rim a RING!  Has anyone ever called a basketball rim a RING?  I’m 100% certain that Cruz has never played basketball, but has he ever even watched a basketball game?  Sure, I guess it looks like a ring, but no one in history has ever called the hoop a RING.  Just a complete idiot, who doesn’t even know what he doesn’t know.

Second, even if Cruz had called it a rim or a hoop, this still doesn’t make sense.  Gene Hackman had the boys measure the free throw line and height of the rim to make the point that, even though they were playing in a bigger arena with a crowd of thousands, they could handle it because the court was the same as the one back home in their little gym.  A little sports psychology, I guess.  But if you reverse it, and measure the rim back home, you make the exact opposite point.  Then you are saying that there is nothing special about this place, or Indiana high school basketball, because it is just the same as everywhere else.  Was that Cruz’s point, or is he just clueless?  And New York City?  Is NYC known for having basketball rims that are the correct height?

What other observations about Indiana does Cruz have for us?  That our tenderloins are the same as everywhere else.  That John Cougar Mellencamp is the same as every other artist.  The Colts are average.  Whatever.

Well, Indiana Republicans need to do the right thing and put Lyin’ Ted Cruz out of his misery next Tuesday.  Donald Trump is the candidate they deserve.

And how about some Bobby Knight highlights, just because. 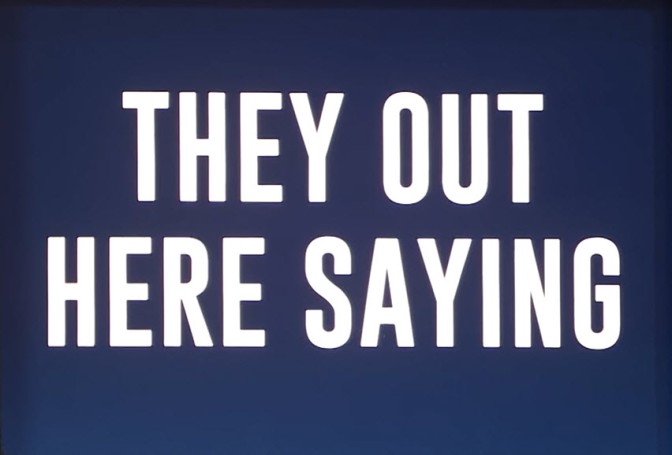