Apologies to the bros for going soft and introspective on that last blog, but it had to be done.  Thanks for understanding.  Anyway, to make it up to you fucks, here’s a blast from the past to clear the mind and cleanse the vas deferens.  Fucking STACY’S MOM!  Gob damn did she have it going on.

Stacy’s Mom, of course, was Rachel Hunter, certified smoke and super model.  Rachel is 47 now (about 33 at the time of the video), and still throwing 90 mile an hour fastballs right down the middle. 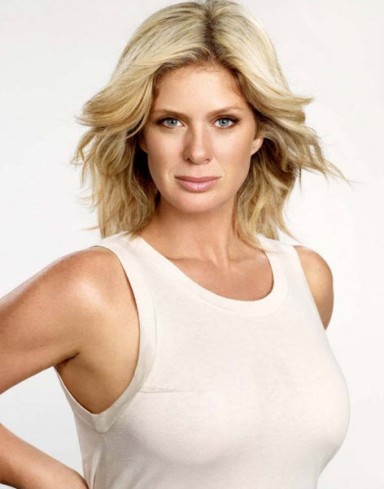 While watching the video (over and over, if you must), kind of fun to see if you can pick out all the references to Ric Ocasek and the Cars.  Scroll down for the answers:

There are several references to The Cars in the video: a license plate reads “I ♥ RIC”, a reference to Ric; one of the boys in the opening scene has dark hair, sunglasses, and clothes such that he looks like an adolescent version of Ocasek; the trademark Elliot Easton “bouncing” (at approximately 1:15 into the video) and hairdo as he plays his guitar for The Cars; and the re-creation of the Fast Times scene, which featured The Cars’ “Moving in Stereo“. Further links to The Cars and New Wave music are given by the magazine Nu Wave that is featured in the video, the Roland Juno-6 keyboard (a synthesizer of the 1980s), and the record sleeve showing ‘Stacy’s Mom’ in a car.[22] The video reached No. 1 on both MTV‘s TRL and VH1‘s VSpot Top 20 Countdown.

Finally, someone went to the trouble on Wikipedia of detailing the complicated plot of the music video, so I might as well share that too.  And now you know what I know about Stacy’s Mom.

The video begins with the boy (Shane Haboucha), Stacy (Gianna Dispenza) and some other children standing at a school crossing. Stacy’s mother (Rachel Hunter) then pulls up in a red convertible in front of them to pick up Stacy. The boy and his friends gaze at her in awe. The boy later goes over to Stacy’s house and is seen lying on a pool toy in her backyard swimming pool while wearing large, dark sunglasses. Through a window he sees Stacy’s mother, and then watches her undress. Stacy gives the boy a bottle of soda and, as he sees Stacy’s mother remove her bra, he spills soda on himself. As his eyes are hidden by his shades, Stacy laughs, thinking that he is just clumsy. After a scene with the band during the chorus, Stacy, in red heart-shaped sunglasses and swimsuit, is shown sunbathing while the boy mows her lawn. Stacy’s mother comes out wearing just a towel and is given a massage on both her back and front. The masseur gives the boy a look of amusement, since he gets to look at Stacy’s mother naked and the boy does not. The boy is distracted by the massage and ends up knocking over Stacy’s birdhouse with the lawnmower. The video then cuts to him and Stacy watching Fountains of Wayne on TV, before the boy imagines Stacy’s mother, while scrubbing the floors, as a pole dancer teasing him. Near the end of the video it is implied that the boy begins to masturbate by the bathroom window while Stacy’s mother climbs out of the pool in her red bikini.[19] Moments later, Stacy opens the bathroom door, ignoring a sign saying Ocupado, and catches him in the act. This scene is similar to one in the movie Fast Times at Ridgemont High where Linda Barrett (Phoebe Cates) leaves the pool in a red bikini while Brad Hamilton (Judge Reinhold) masturbates while thinking about her. Linda enters the bathroom (looking for a Q-Tip) and catches Brad masturbating. She quickly closes the door in disgust. In contrast, Stacy quickly closes the door and starts smiling, implying that she believes the boy is masturbating to her and not her mother, supported by the fact she shows an obvious attraction to the boy throughout the video.[20]