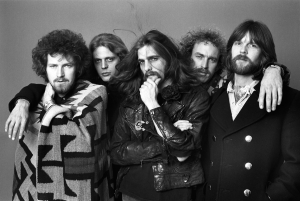 RIP, Glenn Frey and with him, The Eagles.  “We may lose and we may win, but we will never be here again.”

Twitter and the Facebook blew up a few weeks ago when David Bowie checked out, with everyone posting tributes and carrying on like we had lost Bono or Springsteen.  I was never a fan, if we are being honest with one another.  You could waterboard me and I couldn’t name three Bowie songs, and the two that I could name SUCKED.  “Major Tom to ground control, take your protein pills and put your helmet on.”  That doesn’t even make sense.  But whatever.

Then, not long after, Glenn Frey died.  I thought, wow, now this is a real loss.  The leader of one of the greatest bands of ALL TIME.  Never again would we hear “Take it Easy,” or “Peaceful, Easy Feeling,” or “Already Gone.”  Maybe won’t miss the solo Frey tunes, but that was it for the Eagles for sure.   It was awful. 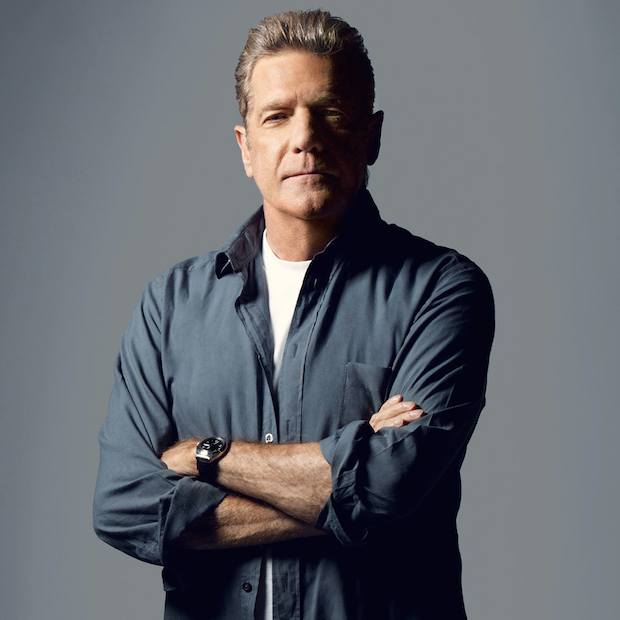 But nobody seemed to get too worked up about losing Glenn Frey, as far as I could tell. No Twitter or Facebook tributes.  No hours long Eagles and Frey replays on Sirius.  Seemed to me that the loss of Frey, and with him the Eagles, was a much more devastating blow to the music world, and all of humanity, really.

Well, I’ve had the Eagles on replay for the last few weeks, and think Mr. Frey and the Eagles deserve a little more respect and recognition.  Accordingly, here is the definitive list of the Top X Eagles Tunes.

Probably didn’t see this one coming, and I get that.  First off, I acknowledge that this song doesn’t belong on the list.  There are several Eagles songs that didn’t make the cut that are MUCH better than this song.  Having said that, I had to include this song for two reasons.  First, I needed a song from the new Eagles, after Hell froze over and they got back together in 1994.  “Get Over It” was certainly NOT making the list.  Second, I needed a song with Timothy B. Schmit on vocal.  I could have gone with “I Can’t Tell You Why” from 1980, but “Love Will Keep Us Alive” kills two birds with one stone, so it gets the ten spot.

The Eagles reunion in 1994 was HUGE.  One of the top bands of the 70’s, the Eagles Greatest Hits album was one of the top selling albums of all time. 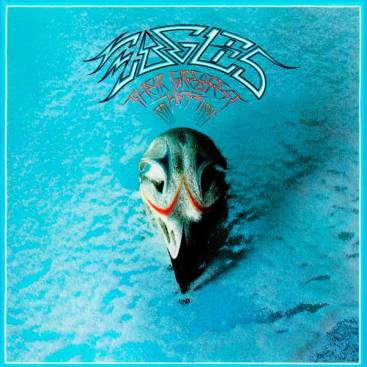 Then in 1980 they broke up.  As Tex says about relationships, “it’s no one’s fault, they just blow up.”  Don Henley declared that the Eagles would get back together “when Hell freezes over.”  Henley went on to absolutely kill it solo in the 80’s with hits like  “The Boys of Summer” and “The End of the Innocence.”  He proved he didn’t need the Eagles.  And Frey did well enough too, with some goofy tunes mostly tied into Miami Vice episodes, probably the definitive TV show of the 80’s.  So Henley and Frey were doing fine, and no one expected to ever see the Eagles together again.

Hell froze over in 1994.  The original Eagles shared everything equally, even though Henley and Frey did most of the heavy lifting.  To get back together, Frey demanded that he and Henley get a greater share of the money than the rest of the band, definitely a power move.  They also had to get Joe Walsh cleaned up, and sent him to rehab.  Henley also demanded that they write some new songs, otherwise it would merely be the “Lost Youth and Greed tour.”  Of the new songs, “Get Over It” sucked, but “Love Will Keep Us Alive” was ok, I guess.

And I needed a Timothy B. Schmit song.  Schmit just looks like a nice guy.  Schmit joined the Eagles in 1977, replacing Randy Meisner.  They needed Schmit for his high voice so that they had someone who could sing “Take it to the Limit.”  The Eagles had one more album after that, The Long Run, in 1980.  On that album, Schmit was lead vocal on “I Can’t Tell You Why,” which was a minor hit as a single.  Then the Eagles blew up.

<> at Universal Studios Hollywood on May 7, 2011 in Universal City, California.

So there was Schmit, who had to have been ecstatic in 1977 to join one of the greatest bands of the decade, and whose career was just taking off with a hit single in 1980.  Then just like that he was back on the streets.  Kinda sucks, if you think about it.  Flash forward 14 years and the Eagles reunite, and Schmit has another hit with “Love Will Keep Us Alive.”  Feel good story of the decade, and good on him.

Another song that probably shouldn’t even be on the list, if we are being honest with one another.  “Desperado” really should be in this spot, but “Wasted Time” kind of speaks to me, and it is my list after all.

This track is off Hotel California, and you don’t hear it played much.  Henley’s vocal on this song is incredible, and a lot like his later stuff from the 80’s.  Great song.  “Maybe someday we will find that it wasn’t really wasted time.” 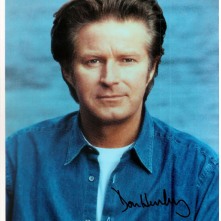 Again, another song that shouldn’t be on the list, but I needed a Joe Walsh song.  Walsh’s key contribution to the Eagles, of course, was his guitar.  Walsh does not have a great voice.  Note how synched up his lyrics are in the song.  But still thought we needed a Walsh song on the list, just to be fair.  And extra points for this song because it was used in the classic 1979 film The Warriors! 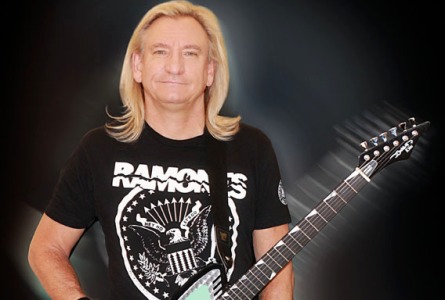 With those 3 out of the way, that only leaves 7 spots, and the top 5 are obvious.  The next two are the really tough ones.

Heartache Tonight makes the list because it is a fun song and has a great back story.  As Frey said, “the song is more of a romp–and that’s what it was intended to be.”

Toughest decision on the list.  Damn tough.  This one could be “One of These Nights,” “Tequila Sunrise,” “Lyin Eyes,” “Seven Bridges Road,” maybe even “Best of My Love” if you like sappy.  But it is my list, and I am going with “Already Gone”!  Went with a rockin’ tune, with great Frey vocals.  Cool song.

Much easier from here on out.

One of the classic Eagle tunes, and also apparently the reason that Meisner left the band.  “Take It to the Limit” was the only Eagles hit song with Meisner on lead vocal.  The song has all those high notes at the end, and apparently Meisner would puss out at concerts, and say his throat hurt and he couldn’t sing the song.  Frey would go nuts, and note that fans were there at least partly to hear that classic song.  Frey was right, but apparently was pretty much a dick about it, bullying squeaky voiced Randy Meisner until he quit.  So there you go.

Maybe the greatest mellow tune ever.  Just chill.  Simple as that.


Back to the hard rock tunes.  Great example of how the Eagles were just all over the place.  One of the most classic guitar intros in rock and roll by Walsh.  Apparently Walsh was dicking around in rehearsals and hit those classic first few notes, and Frey told him “keep that, it’s a song.”  And then you have Henley’s vocals.  “Life in the Fast Lane” just never gets old.

Back to Frey on vocals, and telling a story like only the Eagles could do.  Just running down the road trying to loosen his load.  And if you have dated much, you know the rest is also sort of how it goes.  Some who want to own you, some who want to stone you, and one, maybe actually two, with whom you remain good friends.  Such a fine sight to see. 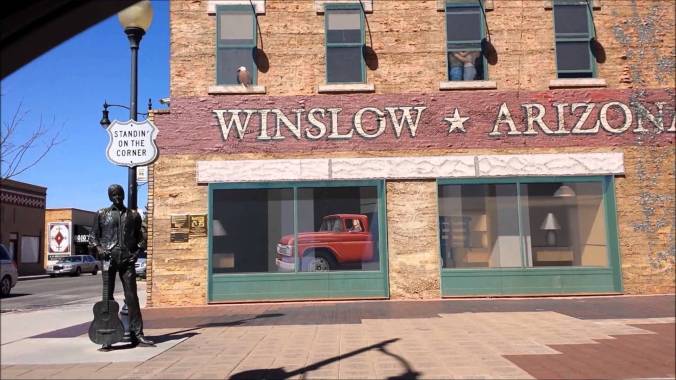 Saw Springsteen sing “Take It Easy” in Chicago right after Glenn Frey died and that was very, very cool.


Obvious choice for the top spot.  One of the greatest songs in the history of Rock and Roll.  So eerie to start, just rocks at the end.  Incredible Henley vocals, legendary lyrics and the classic Walsh guitar solo at the end, often voted the best guitar solo of all time.  Grammy for Record of the Year in 1978.

The lyrics have been interpreted to mean many things, including Satanism, the rise of disco in the 70’s, drugs, American decadence, or maybe just “certain girls we knew.”  No one has ever been able to pin Henley down on his intended meaning, other than to say that the lyrics are about “conflict: darkness and light, good and evil, youth and age, the spiritual versus the secular.  I guess you could say it’s a song about loss of innocence.”  Glad he cleared that up.

“You can check out any time you like, but you can never leave.”  Indeed.

Here’s a picture of guitar guy Don Felder.  Sounds like he was a huge pain in the ass, and didn’t contribute that much, relatively speaking of course.  But can’t leave him out either. 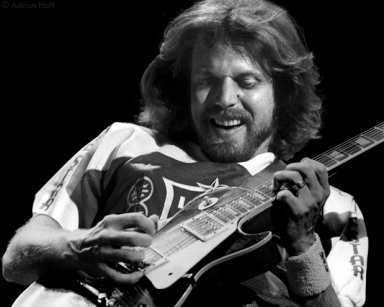 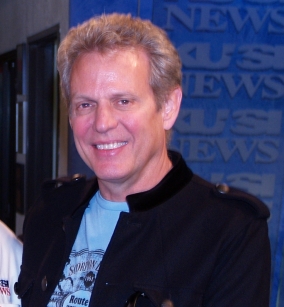 So there is your definitive list of the top Eagle’s songs.  Like every list, it is presumed true unless rebutted.  So have at it in the comments if you want.

And Rest in Peace Mr. Glenn Frey.  Like many of the best, you left us way too soon.  You will always be my second favorite Eagle, and that is high praise. 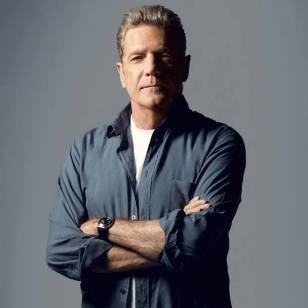